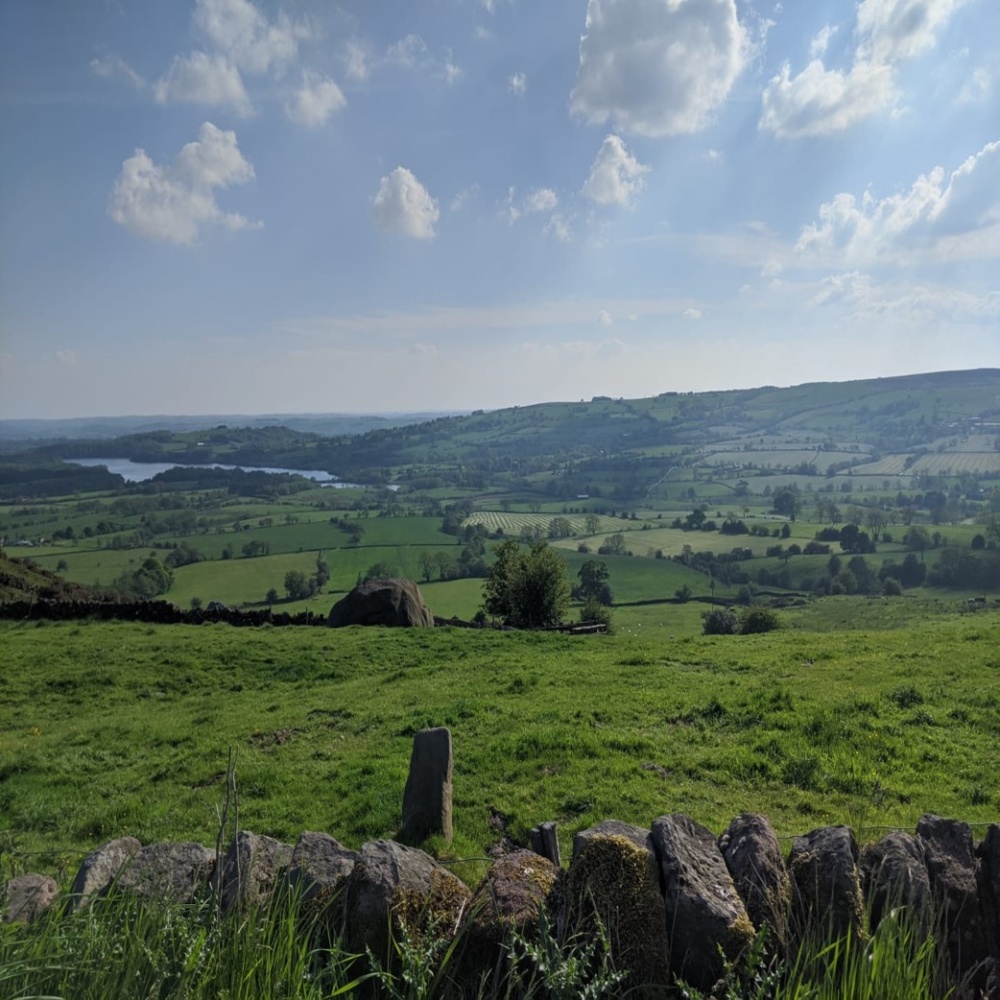 A measly month before the first national lockdown, I made an untimely decision to move closer to work, which meant that by the time the ‘stay indoors’ rule came into place, I was in a city centre apartment looking out onto a car park. I’m not sure I could have timed it worse, having enjoyed just ten whole days of a five-minute hop to the office before commutes were no more, and not near enough time to test out all the coffee shops and bars. If I was going to stay sane, leaving the flat was a must.

Being able to run far enough along the city centre canal to eventually reach some green space became my saviour during what was a weird and often incomprehensible time for us all. As odd as it was to see streets without people, I couldn’t help but notice that an area of the city once polluted by litter and nearby traffic was now blooming at the start of spring, boasting freshly grown flowers and flocks of geese taking over the pedestrian path. Every morning, I went out to get the dose of nature my mind and body needed to counteract endless hours spent starting at mahogany painted walls – and it left me feeling elated.

A few weeks later, I stumbled across a book which made me understand why: Losing Eden: why our minds need the wild, written by Lucy Jones. Even just a few pages in, I began to appreciate what my time outside had already taught me – that there is an irrefutable link between the natural world and our mental and physical health.

Here are a few key takeaways:

We have an innate love for the natural world

It is no coincidence that we gift flowers to people we care about or bring trees into our homes every Christmas. We hang photos of sunsets and cherry blossoms, place bird tables in our gardens, and live alongside pets all for the same reason – we are naturally affiliated to the living and breathing world. Nature is also entwined in our language, with age-old sayings like ‘out of the woods’ and ‘the early bird gets the worm.’ Jones puts this down to biophilia – our innate and instinctive urge to connect with the living world – a notion first hypothesised by ‘the father of socio-biology,’ Edward O. Wilson in 1984.

Biophilia (noun)
An innate and genetically determined love for the natural world felt universally by mankind.

We’ve distanced ourselves from nature 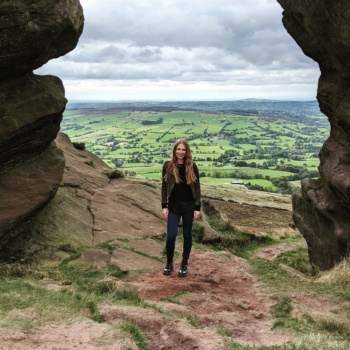 Despite our natural urge to connect with nature, we have never been more disconnected. With just 1-5% of our time now spent outside (pre-covid-19), it’s clear that we moved our lives indoors well before the pandemic made any demands. But it’s not just because of the world of work – it starts way earlier than that. Three quarters of children aged between five and twelve actually now spend less time out in the open air than prison inmates, who are permitted to an hour each day according to UN guidelines. Could life really have changed so drastically since my 90s childhood when there really was nowhere better to be than out in the garden?

Our disconnect from nature has contributed to its demise

Reflecting on the fragility of our ecosystems and the scientific evidence pinpointing humans as a major cause of global warming, Jones questions whether our lack of connection to the natural world has actually contributed to its downfall. In the last eight years alone, half of our ancient woodland in the UK has disappeared, with one in ten species now at risk of extinction – something well documented by the work of Sir David Attenborough. Perhaps if we felt more connected to the living world around us, we would feel less inclined to exploit it or at least more motivated to protect it.

Biodiverse ecosystems are essential to our wellbeing

The loss of biodiversity doesn’t just harm the planet. It is also essential to our mental and physical health – something that the pandemic has reminded us not to take for granted. Millions of people in Great Britain do not have access to a nearby park or green space, despite the demonstrated health and wellbeing benefits they provide. Months after I read Losing Eden, a UK study of 400 hospital patients was published, demonstrating that the impacts of COVID-19 were in fact more severe in people who lived in areas of environment/housing deprivation, often facing higher air pollution and overcrowding.

Nature is being prescribed to support health and wellbeing

Studies have found that greenery also has a positive benefit on our mental wellbeing and leads to fewer antidepressant prescriptions. This explains why we are seeing a slow rise in ‘park prescriptions’ from GPs in recent years as part of treatments, with the UK Government actually announcing a £4 million investment in a two-year pilot as part of its post-Covid recovery plan to support growing evidence around the health benefits that come from connecting with nature. Jones explores the reasons behind this by citing evidence that resident microbes in our bodies, which are directly influenced by the environment around us, are heathiest at their most diverse. Being outside in nature, where microbes are significantly more varied, is therefore far more beneficial to our health than being inside.

Our urban lifestyles mean that we have reduced exposure to organisms from plants, animals and soil; a less diverse microbiota than those who live in traditional farming communities; and increased systemic, chronic inflammation. Inflammation impacts both the body and mind, influencing the brain, mood, cognition and behaviour. Common mental health disorders such as depression could therefore be secondary to higher levels of inflammation, caused by lack of time outdoors. 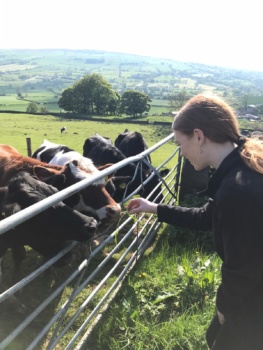 Nature can keep us healthy, but it can also help us to recover more quickly. The restorative impact of nature in a hospital setting was concluded decades ago by Roger Ulrich who drew comparisons between surgical patients with views of trees outside their hospital windows and those who instead faced a brick wall. Those with sight of nature not only received fewer negative evaluation comments from nurses, but also experienced shorter hospital stays and fewer analgesic doses.

The soil can make us happy

Anyone with ‘green fingers’ will tell you they get a kick out of being out in the garden with their hands being buried in the dirt, but there is actually science out there to back this up. M.vaccae – a species of bacteria found in soil – has been shown to stimulate the brain to create serotonin, increase stress resilience and suppress inflammation. This explains why Mind, a UK based charity, funded 130 Ecotherapy projects to introduce people with or at risk of mental health problems to initiatives such as gardening, food growing and environmental conservation. The projects, supported by the Big Lottery Fund, were taken up by 12,000 people between 2009 and 2013, with seven in ten participants experiencing a significant increase in wellbeing.

After reading Losing Eden, I am wholeheartedly convinced that reconnecting with nature is essential to our bodies and mind. Yet despite all the benefits being out in the wild can have on our health and happiness, we seem to spend most of our time hidden away indoors. Perhaps if we made a more conscious effort to connect with the living and breathing world around us, and less time on our laptops and phones, we would understand just why the planet is so important and go as far as we can to protect it for future generations. 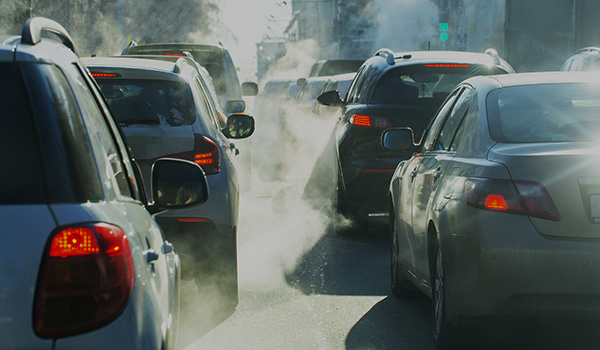 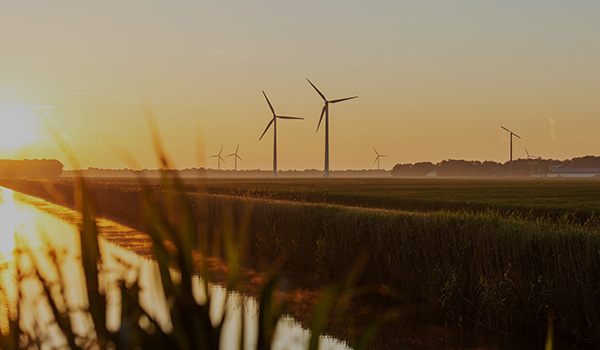 Take a moment to sit back, relax and think how far we have come

Read our latest insights into the Low Carbon sector by clicking the link below.

Read Bio
Previous
The impact of the AI Draft Regulation on the insurance industry
Next
Food for Thought: Net Zero Food and Drink